The Bees make the short trip to Meadow Park to take on Women’s Super League champions Arsenal in the final group game of the Continental Tyres Cup.

There couldn’t be a tougher task ahead of Lee Burch’s side as they face an Arsenal team who are in red hot form in all competitions. The Gunners have made a blistering start to the campaign and went top of the WSL with a 3-0 win over Reading on Sunday. They have been scoring goals for fun in recent matches and recently hit the headlines when they put 11 past Bristol City a couple of weeks ago. Whilst they are scoring plenty of goals, they also don’t concede many either, only conceding three goals in their previous 10 matches.  Manager Joe Montemurro will not be in the dugout this evening as he is away for personal reasons, thus the Gunners will be controlled by duo Aaron D’antino and Leanne Hall.

The state of play: 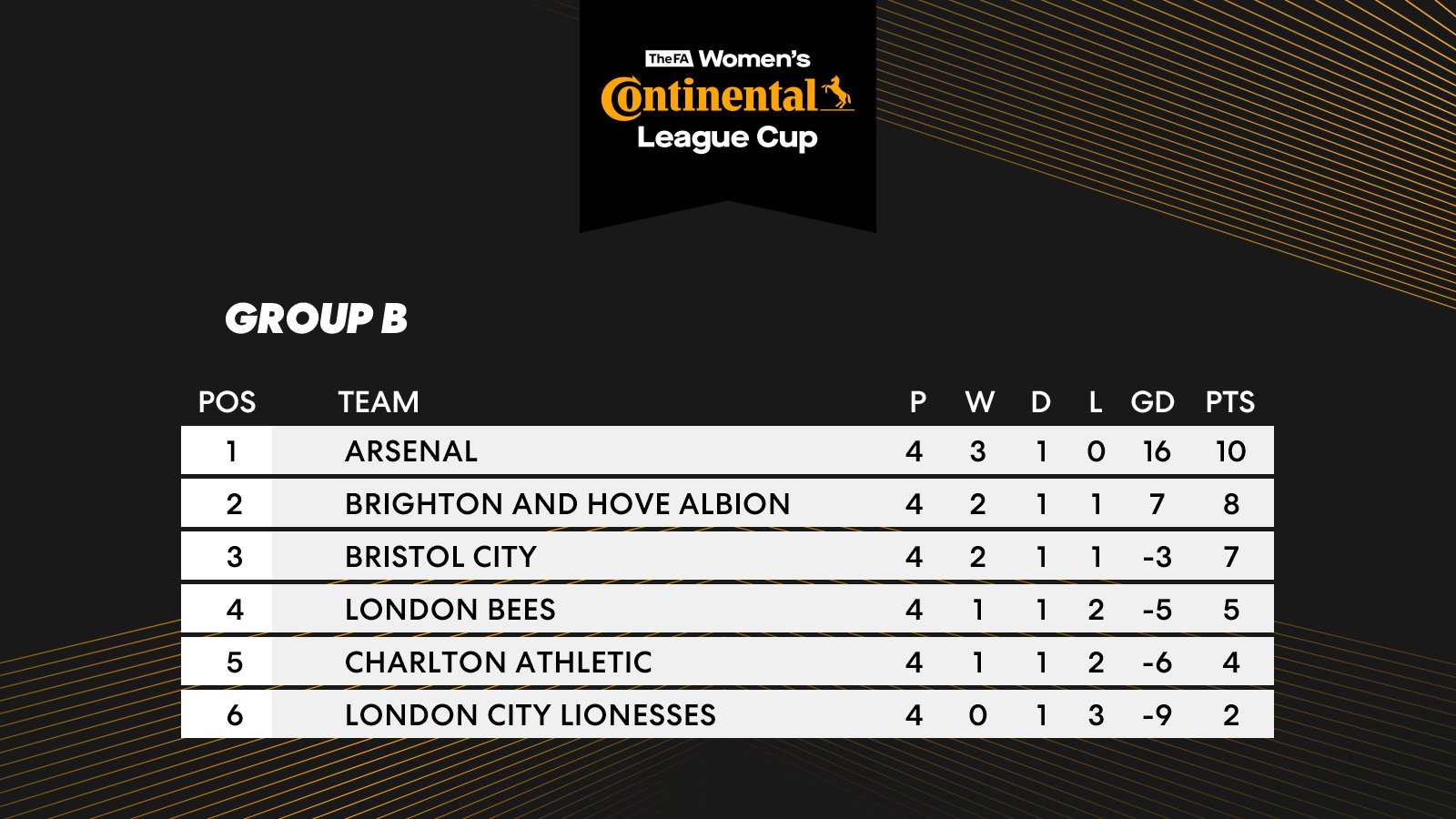 The Bees sit fourth in Group B whilst the hosts have already qualified, knowing a point will mean they win the group. The top two from each group go through to the knockout stages, meaning mathematically the Bees are in with a shout, but a minor miracle would be required! However, no matter what happens this evening, the Bees can take great pride at their run in this competition and they have a great chance at being the top-ranked Championship side come the close of play this evening.

Manager Lee Burch had this to say in the build-up to tonight’s game with The Gunners.

“Arsenal are reigning champions and have already shown how good they can be this season with some great results and performances. I think they are still many’s tip for the title and it will be great to watch them go as far as possible in the champions league. No matter what side they put out it will be full of internationals and we will be in for a huge test”

“I’ve mentioned before my thoughts on midweek semi-professional v professional match-ups and Blackburn is in the back of our thoughts but we don’t have a big selection available so it ties our hands a bit. The players will look to enjoy the game and again use it as more development for us as a team”

There will be live kick by kick action over on our official Twitter account @LondonBees, where you will also be able to find all the post-match reaction.